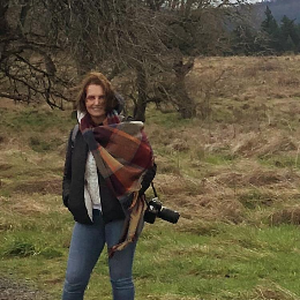 Freelance journalist with over a decade of  experience working  in Asia, Europe, USA and the Middle East. 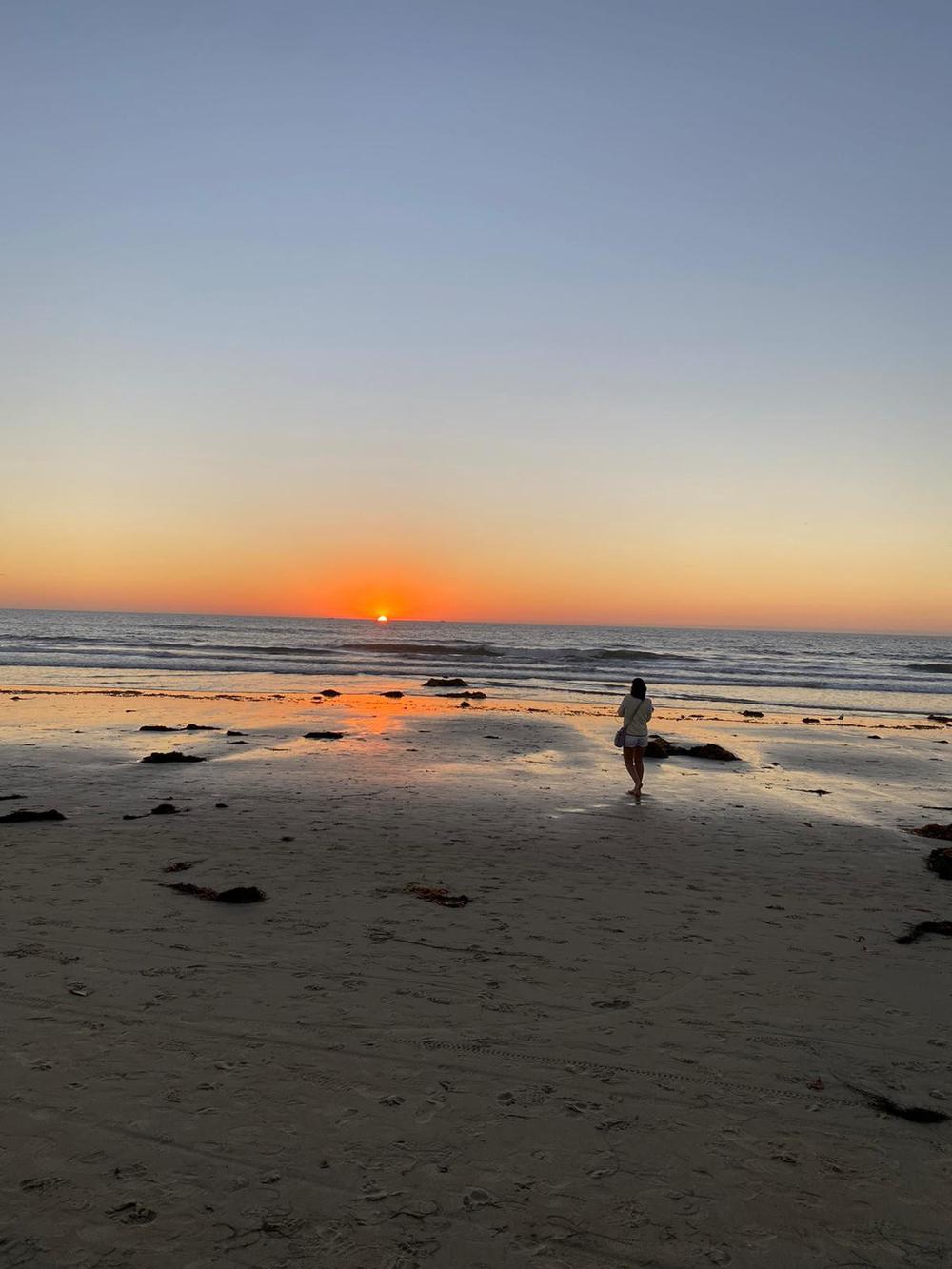 An investigative journalist and photographer, Karin writes about politics, economics and culture. Extensive experience across Asia, Europe and the Middle East. 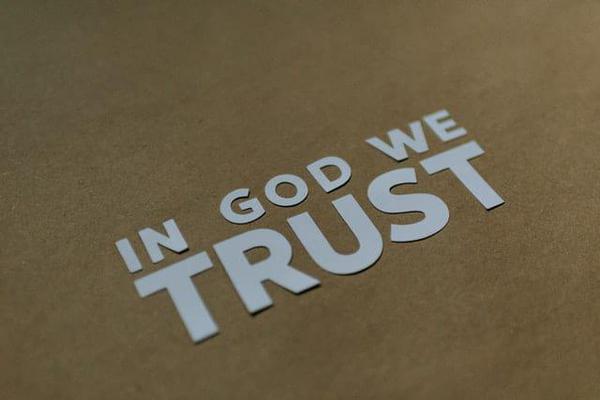 In God We Trust: Roe vs Wade

As the Roe vs Wade decision and public prayer slice across the US as the Voice of God, the ghosts of our Founding Fathers are scrambling for some old-fashioned spirits while shaking their spectral heads. In common with God, their names are routinely being used “in vain” and with considerable Pride. A proverbial “Deadly Sin”. Obviously, none of them can add their two cents to the conversation due to a short-sighted lack of an internet connection. The concept of 7 Deadly Sins predates formal Chri
25th May 2022

Human Trafficking: Is It a Crime? – Liluye Blog | By and for People with Great Spirit

The value of a trafficked life is in the hands of current market trends, not unlike Wall Street stock shares. The two have a lot in common. Big business opportunities and calculable profit margins. An early 2014 report estimated illegal profits from human trafficking/slavery to be over 150 billion per year. Add eight years, plus an economic crisis, and “profits in these shares” have more than doubled. We must, in understanding this dark market acknowledge that on both sides of the fence, the mo
kvkrenner 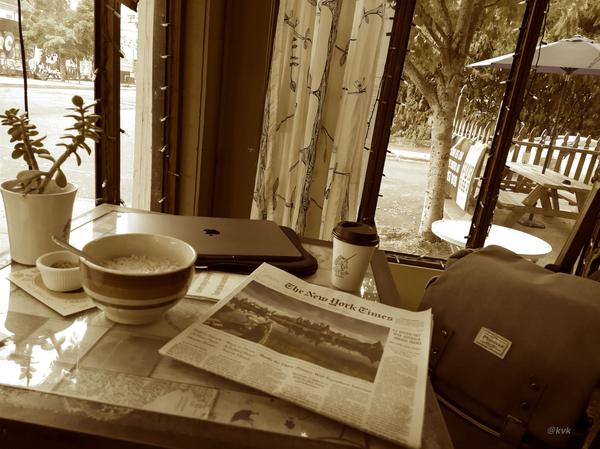 In December of 2021, Netflix gave us an inspired Christmas present. A movie. Directed by Adam Mckay and littered with stars including; Leonardo DeCaprio, Cate Blanchette, and Meryl Streep. “Don’t Look Up” was a timely and dark commentary on politics, society, and the desperate refusal to accept reality in the face of facts. The movie briefly streaked across the Netflix menu before vanishing like a night comet. It hit too close to the bone and, home. On February 28th, the UN released a scientifi 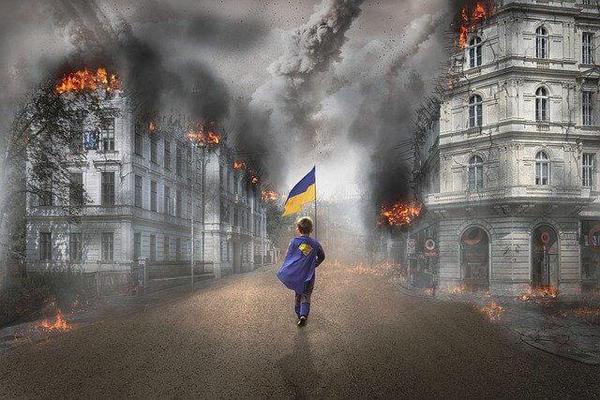 Four weeks in, the loss of civilian lives and the massive destruction of Ukrainian cities continues. Civilian refugees continue to flow over the borders of neighboring Poland, Romania, Hungary, and Moldova. On March 16th, US President Biden added more fuel to the fire. Publicly stating Putin is a “war criminal, thug and murderous dictator” leaves little room for open diplomacy or, back-channel solutions. Name-calling is reminiscent of the Trump era. It did not lay the grounds for diplomacy then 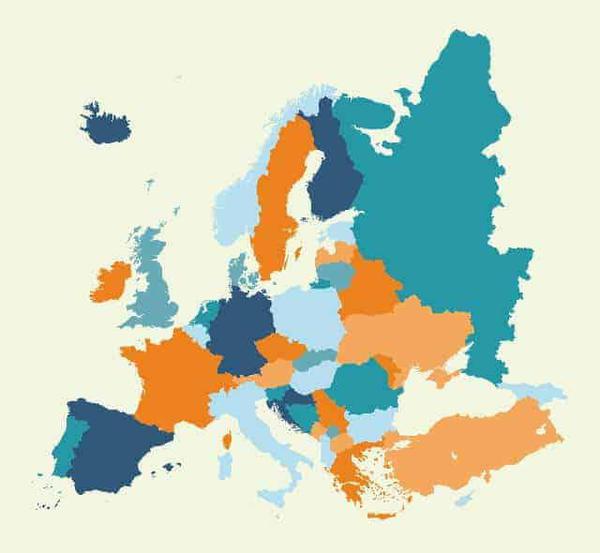 Ukrainians woke up on February 23th to an exploding invasion of their country on three sides. Blasts were recorded in the cities of Odessa, Mariupol and Odessa. Russia had launched direct missiles at Kyiv while long-range artillery hit the north-eastern city of Kharkiv. Citizens began fleeing the country as others took to street-by-street guerrilla warfare. And, the West stood by, again. An eerie repeat of February 2014 when Russia invaded and annexed the Crimean Peninsula. For that manoeuvre, 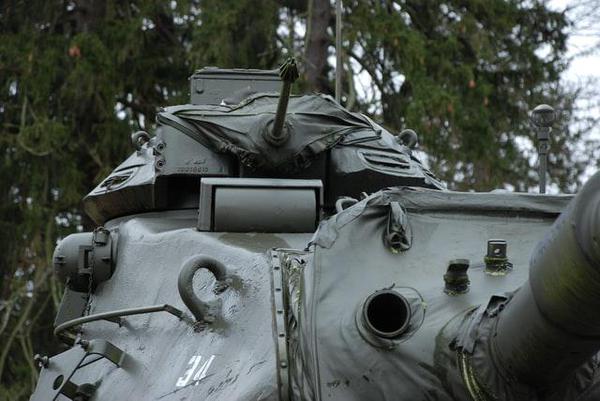 In the early hours of Wednesday, Russia finally made its opening ploy. Europe will be the first chessboard played in the initial moves in this global game. Putin came in with strong combination play. He knows his chess and has played this manoeuvre before. Russia tested the West’s resolve when it annexed the Crimea with a mere slap on the wrist from the world. Crimea finally showing its true value for Russian forces entering the Ukraine. History has a nasty habit of repeating. The Ukraine is an 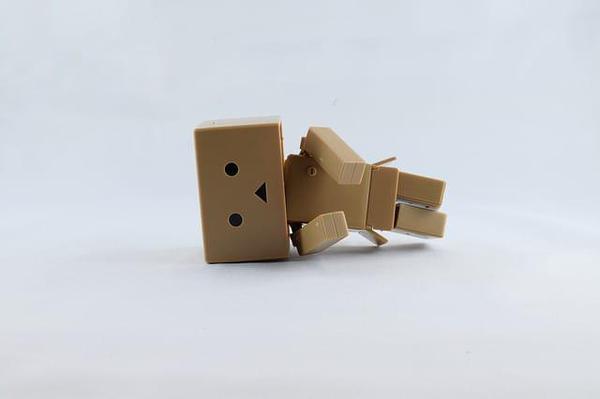 Who do you like? Who do you follow? This is important stuff. These days, doing social media is a full-time occupation. It requires Olympian level finger dexterity and a splintered attention refracting like a conflict diamond. And, Sharing. The most powerful weapon in our social media arsenal. With it we can start a political movement for change. We can start a war. Every purchase, every “like” or “follow” carries a personal responsibility. Flicks releasing blood to wash the feet of our new gods. 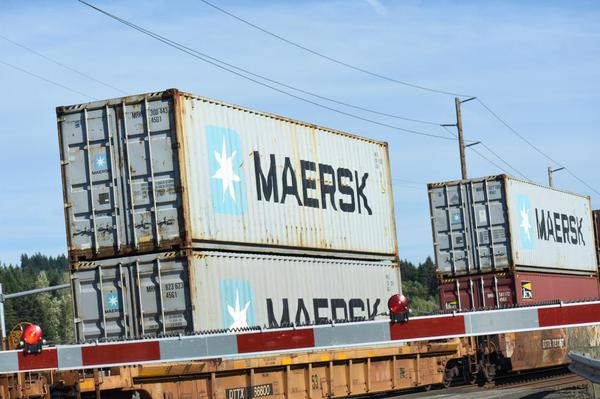 The Biden Administration managed to push a partial infrastructure bill through. Whoo-hoo? It is being lauded by supporters as if it were the platform of The American Great Resurrection. The second coming of America so to speak. A new climax of debt we can never pay except with blood and tears. Add the incoming taxes we will bear for this, to our own personal debts and expect a wave of bankruptcies by spring. Banks we bailed out in 2008, (Bank of America, Citigroup… 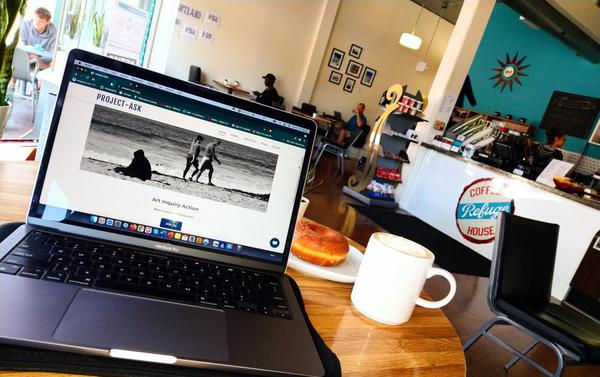 Writer In A Matrix World

We live in Orwellian times. Threading moments of distractive destruction. A world where words have lost all anchored, historical meaning. Un-referenced. Re-invented and abused without contextual framing. Bleached etymology. Roots, uprooted. Debate smothered by un-defined concepts. Communication censored. Writers consigned to the bonfire of political correctness and predatory marketing. Freedom of expression sold as a commodity of popularity. Civility being shattered by the hammers of righteousn 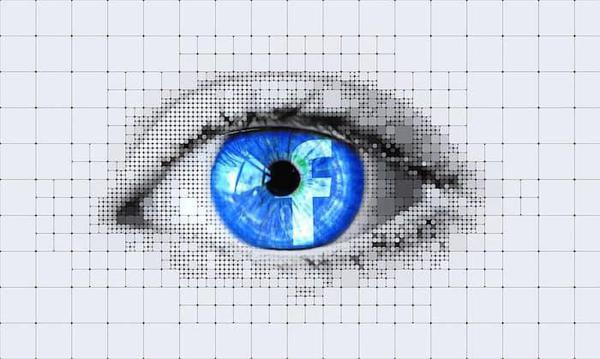 For The Good Of All

Social media, framed by Facebook, is front stage on the privacy debate again. Money vs our personal data. Which is ironic. Americans as a culture, legally sell everything except their own body parts. Senators like Ron Wyden (OR.Dem) have been sloughing in about Section 230 (The Communications Decency Act) and a need to “starve Facebook out of the data that fuels its predatory behaviour”. It all sounds great trumped from a political pulpit. The devil is always in the details. Who owns, “us” via 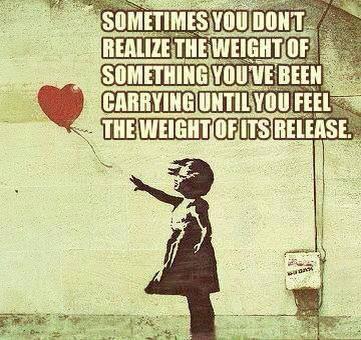 A Moment of Breath

We have reached a moment of breath. The election has been “called” and the number too high for further debate. 290 vs 214 in electoral votes. It’s a done deal no matter how many more popular votes are still being counted. We are sighing in some form and level of relief. It’s over. At least this bit of “it”. Red or Blue, it’s a moment to breath again. To shed, for however briefly, the exhausting burden of uncertaintly we have been… 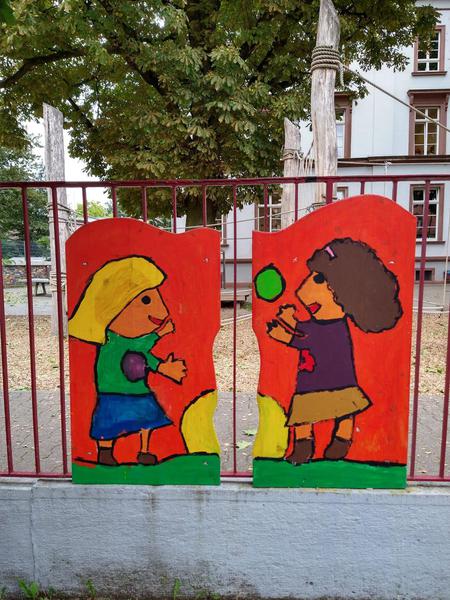 Winter is skittering in with cold winds and dark words. We are being assaulted with political bleakness and rising global Covid numbers. The warm summer sun we basked in is now fringed with autumn chills. How do we keep hold of that summer happiness through the winter months ahead? Between politics and the pandemic how can we simply get through the grey days and de-stress the months ahead? Here are a few easy ideas. 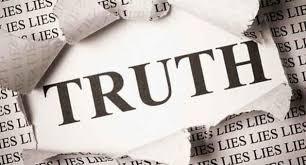 An Opinion on Journalism

In 2010 we were decrying the demise of journalism. It was being dragged down, along with books, by a doomsday prediction on the “death” of the printed page. As if ink itself was the sole body of real journalism. Maybe they were right. I am a journalist. Old style, dinosaur version 0.1. And, this article is an opinion. My opinion. I am drawing a line in the quicksand of current perception on the true nature of journalism. As the digital age devours our sensibilities and attention span, the lies 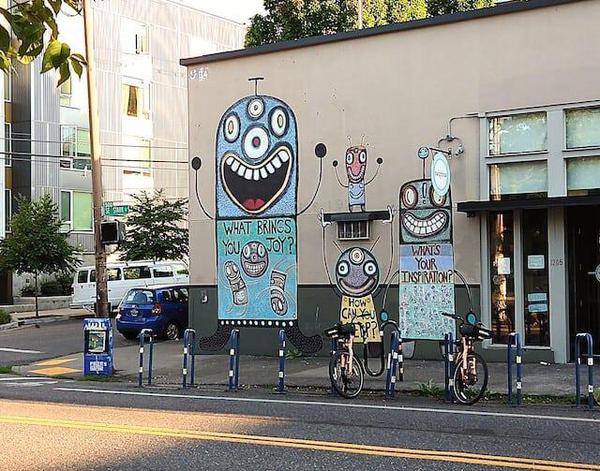 Standing on a street corner brings insightful opportunities for observing behaviours and attitudes of passing people. What is it about the street “corner” that invites complex personal exchange between strangers? Yes, I hear your smothered laughter at the obvious innuendo of prostitution and drugs. Agreed, assumptions lead to funny, immediate interpretations. Street corners are a classic icon of forbidden fruits. When did street corners acquire their notoriety? Prov.7:10-23 has a biblical refe 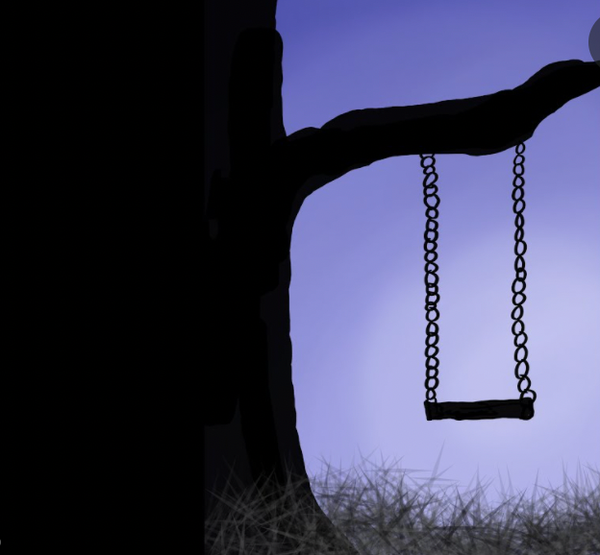 The Knock On The Door

The house is quiet. That gentle silence of early morning nudges me into my day. Last nights’ dishes faintly clink under my hands in the warm soapy water. Tux and Sasha, the cats, mewing as they curl around my feet. “Let us out”. I pat Tux's butting head before opening the kitchen door. Satisfied, they roll out, kittenish, onto the warming bricks. 7:00am and the morning coolness is already fading fast. The sun flexes into the house, reaching across the room. Time to hustle for breakfast. Kris is 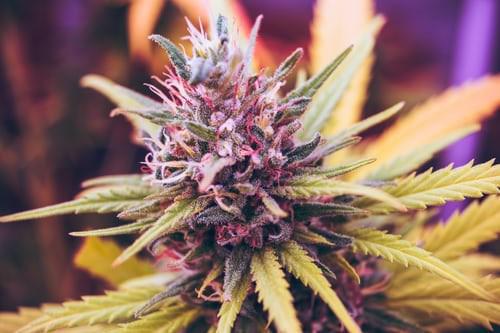 Healthy or High, The Cannabis Conundrum

It seems wherever you turn today the buzzwords “THC” and “CBD” are trying to capture your attention and, dollars. From coffee infusions, migraine tinctures and doggy biscuits to a fast food Carls Junior burger (healthy junk food?!) it’s creeping and seeping into everything. As media hype grabs social media and the legal use of cannabis products spreads across the US and international markets, people are becoming more aware of and curious about their healthy or high options and specific product 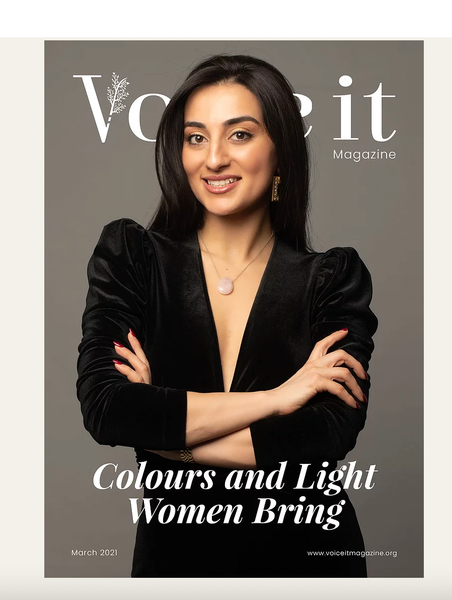 Honored to be profiled here!

The Luxurious Politics of Toilet Paper

Geographically and socially, toilet paper is the preferred sanitary method across Europe, USA and several E Asian countries. Most Southeast Asian and Southern European countries prefer a blast of water to do the dirty deed. Not a new concept, toilet paper was first used in China circa 7th century. Other items used included wool, lace and, hemp. If all else failed, leaves and corncobs were the backup cleaners. Yes, that would be an “Ouch” event! Anybody who has camped out for long, has possibly 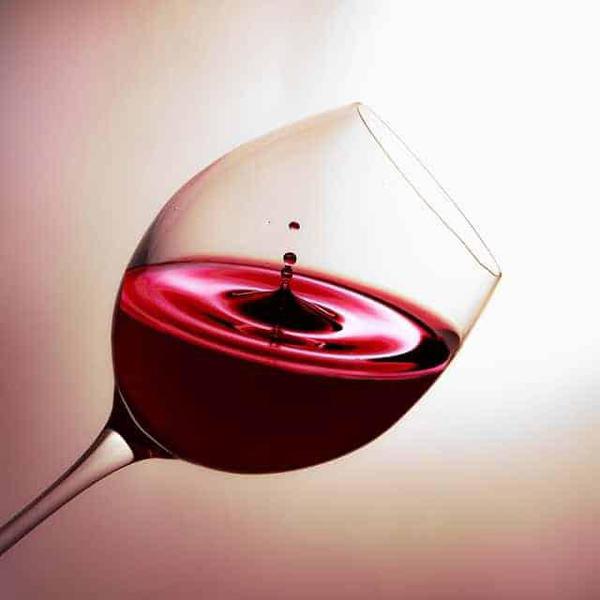 Wine is For Why

Spicy coffee. Ah, the warm scents of cinnamon, nutmeg and chilli. Deeply inhaled every morning it kicks my ass through the daylit hours. My addiction of choice to accomplish the practical tasks that uphold my pretence of normality. My parameter for a 9-5 world. Now, evening is slipping in. The days grow shorter. The earth turns even as the pandemic sweeps on. Shops close earlier now. The new normal. Lack of staff or, inventory. A last struggle to keep the doors open. People have slowed, newly a
Load More Articles
Close ✕